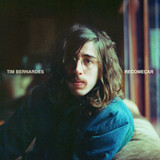 Tim Bernardes is a Brazilian singer-songwriter, arranger, and music producer. Today with 29 years old, four celebrated albums with his band O Terno and the acclaimed solo album "Recomeçar", Tim is a consolidated name both in the indie and in the new brazilian popular music scene. The young composer collects praise from artists such as Caetano Veloso, Maria Bethânia, Devendra Banhart, Rodrigo Amarante, Tom Zé, Gal Costa and many others. In 2017 biggest brazilian newspaper 'O Globo' already pointed out, "Tim, at 25, already seems to define his place as the great composer of his generation in new brazilian music". About Tim, Caetano Veloso wrote: “A marvel of tuning, dynamics control, refinement, instrumental execution and freedom in the elegance of using the stage - in addition to the very personal compositions of fascinatingly deviant paths. We were sure that Brazilian music is always strong.” The debut album "Recomeçar" was nominated for the Latin Grammy 2018, 2nd among the 'Best Albums of 2017' by Rolling Stone magazine, 8th among the 'Ten Essential Discs of the Decade' of 'O Globo' and many international repercussions. "Recomeçar is the splendid debut album of the Brazilian Tim Bernardes", says french Le Monde. He's latest album is "<atrás/além>", with his band O Terno (released in 2019), on which Bernardes composed, sang, orchestrated and produced all songs.