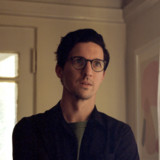 After graduating from the legendary Liverpool of Performing Arts (LIPA) Dan Croll put his education to good use, going on to release his debut album, the critically acclaimed ‘Sweet Disarray’, in 2014. Teaming up with Communion Records for his second record ‘Emerging Adulthood’, Croll would start to exhibit the genre fluidity that marks his craft with the more indie-band sounding ‘Emerging Adulthood’ in 2017, which spawned the singles ‘Bad Boy’, ‘Away From Today’ and ‘One Of Us’. In 2019, Croll upped sticks from his native Liverpool and relocated to Los Angeles in pursuit of going back to the basics of his singer-songwriter roots. The result, the Laurel Canyon influenced ‘Grand Plan’ saw Croll strip his sound right back to its core. The album, which tells the story of Croll’s first year in L.A. from uncertain first steps, to making it a new home, was released in pairs of tracks, reflecting the time the record depicts. The range of bands that have asked Croll to support live - from Imagine Dragons, Bastille and Bombay Bicycle Club to Haim, London Grammar and Chvrches - attests to the ambitious scope of his songs. The same can be said for the breadth of brands that synched every song on his debut album among them Grand Theft Auto, FIFA, Citroen, Clairol, Burberry, Paul Smith and Apple’s iPhone 6, which was launched across the world with his hit ‘From Nowhere’.