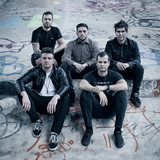 Beginning life as a band in 2011, Switzerland natives Barbie Sailers have been steadily honing their sound for the last several years. Following the release of their debut full-length album Already in Paradise back in 2013, Barbie Sailers have played shows all across Europe and shared the stage with Papa Roach, Yellowcard, blessthefall and many more acts of the scene.   Their new album Sea of Light has been released at the beginning of June 2018 and the band went once again for a European tour supporting Our Last Night. Bringing their own flavour of alt-rock, showcasing a huge range of influences, Barbie Sailers are excelling in pulling together an exciting sound that will appeal to commercial rock fans, just as much as to those leaning to a more metalcore sphere. Contacts: barbiesailers@gmail.com jerrodleoni@gmail.com