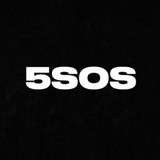 Hailing from the outskirts of Sydney, 5 Seconds of Summer (5SOS) – comprising Luke Hemmings (vocals/guitar), Michael Clifford (vocals/guitar), Calum Hood (vocals/bass) and Ashton Irwin (vocals/drums) – got their start forging a sound that brought pure punk energy to pop music. Within just a few years they became a global phenomenon, then defied all expectation on their third album Youngblood, a 2018 release that made them the only band in Billboard 200 history to see its first three studio albums debut at No. 1. Now, with their fourth full-length album CALM, 5SOS push into even bolder sonic terrain, realizing their vision with more impact and intensity than ever before.  In the making of the new album, 5SOS focused on further expanding their sound. “We’re fascinated with incorporating this very industrial-type musicality into what we’re doing as a band,” says Irwin. At the same time, the band assumed a greater complexity in their lyrics. “Even if we’re writing about something beautiful, we always try to put some sort of dark twist on it so that the song has our own unique stamp,” says Hemmings. Along with adding more emotional weight to each track, that approach lends a whole new durability to their music. “These new songs feel like something we could keep playing for the next 10 years, or even beyond that," says Hood. "It feels like our first album—like we finally found what we’d been trying to achieve since the beginning of this band.”