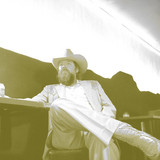 Lucas Hudgins was born and raised in South Austin Texas, in a family of deep East Texas bloodlines. Growing up in a house filled with music, Lucas was introduced to roots greats like Bob Wills, Willie Nelson, Waylon Jennings, and George Jones, and developed a deep appreciation for their sound. His mother’s soulful voice and guitar/piano performances around the house also influenced him to make his own music. In 2005 Hudgins released his debut album, Honky Tonk Illusion…writing the entire album after a hard breakup with a long-term girlfriend. It was well received by critics and fans alike, and still holds international lore for classic country fans. The 2009 Lucas released The World Left is Mine, produced by Dave Biller the album showcased co-writer Chris Miller and Hudgins’ common love for crafting fundamental country songs through timeless themes of nightlife, heartache, addiction, and regret. Once again, the album quickly impressed critics and lovers of roots country music around the world receiving airplay in Texas as well as internationally. Due to health issues, Hudgins took some time away from the music business, but is now back in full swing, and playing select shows around the country. In early 2021 Lucas teamed up with writer/producer Hal Jon Vorpahl to write and record a new collection of songs and projects, focusing on pushing the boundaries of Honky Tonk Music forward.