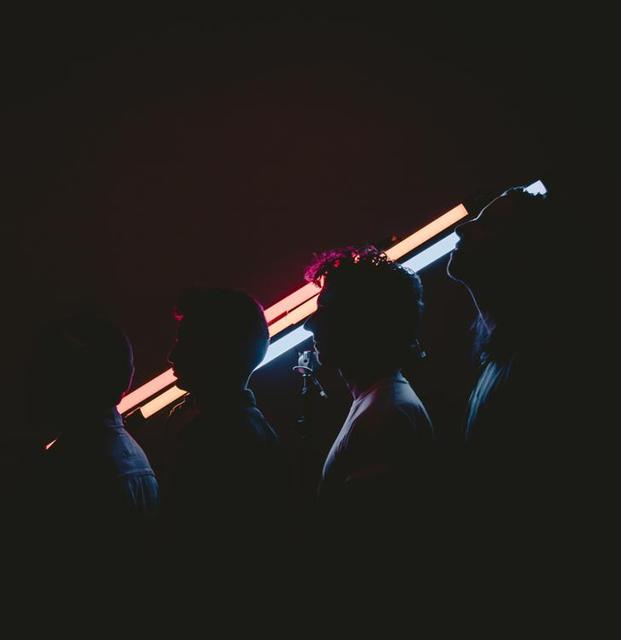 Caracara has always had ambitions past Philadelphia. They could have stemmed from the project’s genesis: the implosion of former bands, the impact of long-distance communication and travel in relationships, the inevitability of experimentation and expansion. Styles and symbols seem to shift throughout their music, alternating from shimmering indie to whispers of neo-folk before relishing in the cathartic push of post-rock. Caracara have begun to garner more and more attention for their dynamic and formidable approach to “distorted emotional music,” as they so call it. Their 2017 debut, Summer Megalith, was not only praised by Pitchfork as “some of the most immediately cathartic indie rock of recent times,” but led the band straight to an equally ambitious young producer-on-the-rise named Will Yip. Together they created 2019’s “Better” EP, the eponymous title track of which was regarded by Pitchfork- “Whatever you want to feel, “Better” is big enough to cover it.” Yip also remastered Summer Megalith for a limited 12” vinyl pressing which will be available via his label Memory Music in late 2019. “I knew I needed to work with this band the second I heard them,” says Yip, who has been working with Caracara at his Studio 4 in Conshohocken, PA, and has produced breakout albums from bands like Circa Survive, Title Fight, and Pianos Become the Teeth. “Their live shows, like the core of their songs, are just huge and inspiring, with an energy that is so unique to them."