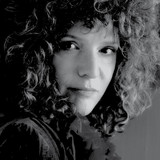 Songwriter and performer, Lily Vakili, has been on a wild ride: “I was born in Honduras during a military coup,” says the New Jersey-based artist, “at the hospital, my dad had to walk over injured soldiers to welcome me to the world. He’s always said that set the stage for everything else in my life.” A couple continents, too many jobs, several careers, and three children later, Lily is making music her way - passionate, personal, and defiantly original. Lily launched her recording career with two solo albums (Lake City: Next 3 Exits, produced by Bruce Hanson of Fellaheen, and Meadowlands, produced by James Mastro of The Bongos and Ian Hunter and the Rant Band). She followed the solo albums by forming her own band, whose first album - Oh Alright - was produced by Ray Ketchem of Magic Door Recording (Elk City). Lily Vakili Band includes Ben St. Jack (lead guitar), Cecile Williams (vocalist), Joel Dorow (harmonica), Gordon Kuba (drums) and Jim Tyndall (bass). The band has just completed a second album with producer and industry veteran, David Amlen (of Sound on Sound Studios in Montclair, NJ).