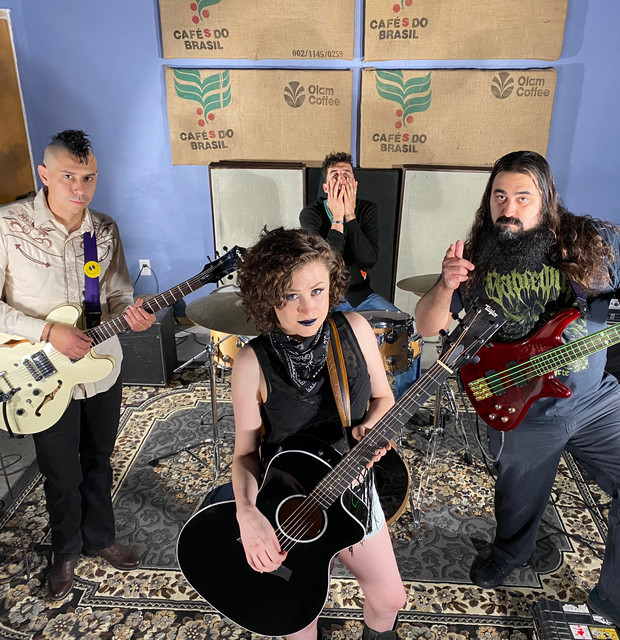 Emily Davis and the Murder Police

Emily Davis' folk-punk has always had an edge. Hailing from El Paso, Texas, Emily has built a solid reputation in their hometown of El Paso and around the country with their fiery performances, a series of punk cover videos on YouTube, and three soulful solo albums — No Real Destination, Dark Matter and The Worst Kind of Curse.   That edge got sharper in 2016 when they formed Emily Davis and the Murder Police with Jose Macias on bass, Jorge Torres on guitar, and Tomas Tinajero on drums. Their debut album, Same Old World, was released in 2018. The group has toured frequently since its release, including a recent national tour in support of Bad Religion in the fall of 2019. They've also opened up for Sparta, The Kyle Gas Band, Neko Case, The Toasters, Leftover Crack, Authority Zero, and Cold War Kids.   EDMP’s sophomore album “Never A Moment Alone” is out June 25, 2021.