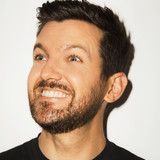 For the last decade, Dillon Francis has barely stopped moving. In between making music videos, designing a clothing line, and writing an animated TV show, he has issued countless number of electrifying cuts. His restlessness has made for otherworldly, overwhelming music and compelling art no matter what medium he’s working in. Since rising to prominence in the colorful moombahton scene of the early 2010s, Francis has made head-spinning dance music, rap tracks, and reggaeton. Part of the fun of listening to Francis’ music has become never knowing what you’re going to get. The diversity of his catalog has always been a strength—his genre bending hit “Get Low” with DJ Snake was RIAA-certified platinum and “Coming Over” with Kygo [feat. James Hersey] was RIAA-certified gold plus topped the Billboard Dance Club Songs chart. That’s to say nothing of tracks which he has produced and have become underground hits around the world. As his schedule has gotten busier and busier, he’s branched out into other art forms. Recently, he’s been revising scripts on his animated series Gerald’s World, currently developing with 20th Century/Wonderland, and he’s hard at work on his Gerald clothing line with Barney Cools. He’s launched NFT projects with digital artist Chad Knight, among others. Over the last decade, Francis has built his career by adopting whatever idea strikes him on a given day, learning as he goes—making bold, brilliant art by refusing to stand still.