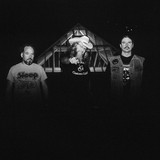 A crushingly heavy stoner rock band from Dallas, Texas, Wo Fat are a power trio whose music harks back to the fuzzy punch of '70s hard rock, with an added dash of prog rock adventure, a fistful of amped-up boogie, and some contemporary metal muscle for seasoning. Wo Fat were formed in 2003 by guitarist, singer, and principal songwriter Kent Stump. Taking their name from a villain on the '70s television crime series Hawaii Five-O, Wo Fat came together when Stump and longtime friend Michael Walter, who played drums, began working out some musical ideas that Stump had been kicking around. Stump and Walter were working together at a recording studio, and with access to studio time, they started putting their ideas on tape. With Tim Wilson joining them on bass, the trio was complete, and after months of experimentation, the group emerged with its debut album, 2006's The Gathering Dark. The album received strong reviews in the underground rock press, and in 2008 Wo Fat returned with an ambitious sophomore effort, Psychedelonaut. While all three members of Wo Fat had personal and professional commitments that prevented them from extended touring, they played regularly in Texas and the Southwest, and occasionally traveled to Europe and major American cities to play festivals and select club dates. A third album, Noche del Chupacabra, was released in 2011, and the following year they partnered with noted stoner rock label Small Stone Records to issue The Black Code. In 2013, Wo Fat teamed up with the band Egypt to issue a split EP, Cyclopean Riffs, which featured two songs from each act. A few months later, Wo Fat dropped a split single with the French hard rock band Abrahma, and in 2014 they came out with another split single, this time with a Russian band, the Re-Stoned. Wo Fat's second album for Small Stone, The Conjuring, arrived in stores in 2014, and the following year they gave their fans a taste of their live show with the concert album Live Ju Ju: Wo Fat at Freak Valley, recorded during a festival appearance in Germany and released only on vinyl. The hard rock specialist label Ripple Music released the next Wo Fat LP, 2016's Midnight Cometh, and the following year the same label issued Live Juju: Wo Fat at Freak Valley and Beyond, an expanded, multi-format edition of Wo Fat's 2015 live set. Wo Fat experienced a rare personnel change in 2016; bassist Tim Wilson left the group, and Zack Busby was recruited to serve as his replacement. ~ Mark Deming, Rovi