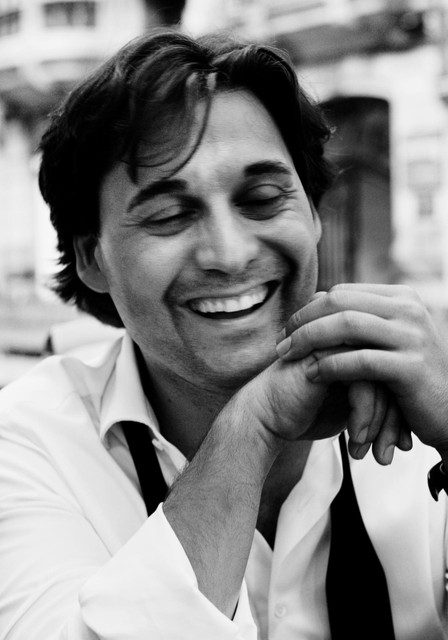 Pablo Mielgo, a conductor from Madrid, is a true world citizen with an entrepreneurial spirit and the mission to make music accessible to everyone: the agile chief of the Orquestra Simfònica de les Illes Balears (OSIB) was immediately engaged by orchestras around the world after his studies at the Royal Conservatory of his hometown, the Reina Sofia School and the London Guildhall School of Music. Moreover, he created a network of numerous musical friendships between Berlin and Qatar, Lucerne and Los Angeles, with renowned musicians, who are now enriching the OSIB concert programs.   Pablo Mielgo has assisted conductors such as James Conlon, Jesus Lopez Cobos, Daniel Barenboim and Claudio Abbado. He regularly conducts on the great stages of Europe such as the Wiener Musikverein, the USA such as Carnegie Hall New York, Latin America and the Middle East. In close artistic collaboration, the Madrilenian works with orchestras such as the Simon Bolívar Symphony, the Arena di Verona and the Qatar Philharmonic as well as with artists such as Juan Diego Florez, the Labeque sisters, Pierre-Laurent Aimard, Emmanuel Pahud, Midori, Khatia Buniatishvili, Julian Rachlin or Radovan Vlatkovic.