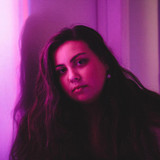 M’Lynn is a singer songwriter, and pianist from Dallas, Texas. Her career began at age 15 while attending Booker T. Washington Highschool for the Visual and Performing Arts, following artist alumnus such as Norah Jones, Erykah Badu, Elliot Skinner, Edie Brickell, Roy Hargrove and many more. There, she was inspired and moved by her talented peers and delved into her craft until she felt ready to show it to the world. In 2017, M’Lynn, along with producers Bradly Prakope and Josh Goode, traveled out to LA to record at 64Sound Studios and create her first EP, Grounding. After the release of the EP, M’Lynn gained traction throughout the Dallas area and throughout global radio stations. Her song “Just Take Time” was named #2 of 2018 by Mi-Soul Radio in London, while another song off the EP. “Gave All My Love Away” was trending in France. Her two latest singles “T.F.I.L.” and “Paralyzed” were recorded locally in the summer of 2018, and released early 2019. M’Lynn began writing music at age 12 after growing up in a musical family. She used this creative outlet to deal with the emotion of growing up, and as a way to understand the world around her.

Writing music helped M’Lynn throughout her ongoing mental health struggles. It gave her a purpose when nothing else did. She feels that the reason her intense emotions and introspective outlook on life have such an effect on her is to fuel her creativity. She was born for music.