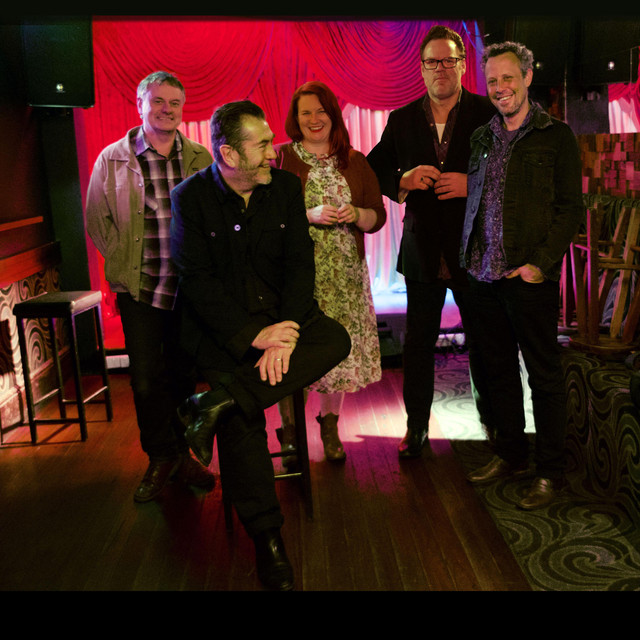 A staple of the Australian folk and rock scenes since the late 1980s, singer, songwriter, and playwright Mick Thomas paired punk's energy with elements of folk and country as the leader of the ARIA-winning group, Weddings, Parties, Anything (W.P.A.). With a name inspired by the Clash and an approach not unlike the Pogues, the band scored a major chart hit with 1993's "Father's Day," after which Thomas launched a successful solo career in the late '90s fronting his next band the Sure Thing. Also the author of two plays, Thomas remained highly active throughout the 2000s and 2010s, touring, writing, recording, and forming another folk-rock band, the Roving Commission, with his former W.P.A. bandmate, Mark Wallace. Born on February 7, 1960 in Yallourn, Victoria, Thomas' family moved around quite a bit, eventually settling in the port city of Geelong where, as a teenager, he began playing folk music in local bands. By the time he was 18, he'd formed his first semi-serious group, the Never Never Band, who released one independent single. A subsequent move to Melbourne in 1981 resulted in both a college degree and an immersion into the city's pub rock scene as member of bands like the Acrobats, Where's Wolfgang, and Trial. In 1984, Thomas formed the initial version of W.P.A., seeking to combine the energy of punk with elements of folk and country. Taking their name from the Clash's "Revolution Rock" and influence from bands like the Pogues, Fairport Convention, and Violent Femmes, the band's lineup would shift numerous times over their career, with Thomas always at the helm and pianist/accordionist, Mark Wallace, usually by his side. Having built a sizable and loyal regional following, they managed to score a deal with Warner Bros. for their first full-length, Scorn of the Women, which they had initially cut independently. Featuring songs mostly written by Thomas and a few by guitarist Dave Steele, Scorn of the Women arrived in 1987, putting W.P.A., on Australia's musical map. However, it was their follow-up, Roaring Days, that proved to be their breakthrough, netting an ARIA Award for Best Indigenous Album, a feat they repeated with 1989's The Big Don't Argue. After several years of hard touring and a split with Warner, they returned to the studio for 1992's Difficult Loves, which yielded the hit "Father's Day," another ARIA winner for Song of the Year. Returning with yet another retooled lineup in 1995, W.P.A. managed two more studio albums before disbanding in 1998.

Having already tried his hand as a playwright, penning the 1996 country-rock opera Over in the West, Thomas soon embarked on a solo career, issuing a live release called Under Starter's Orders: Live at the Continental in 1998 followed a year later by Dead Set Certainty: Twelve Songs That Wouldn't Go Away…, the first of several releases credited to Mick Thomas and the Sure Thing. Bearing a familiar, if occasionally more raw sound than his previous band, the Sure Thing continued to record throughout the 2000s, releasing albums like Dust on My Shoes (2001), The Horse's Prayer, and Paddock Buddy (2007). Thomas also took another spin as a playwright, co-writing The Tank with his brother Steve Thomas, in 2004. In addition to a cast recording of The Tank, 2004 also saw the release of Anythings, Sure Things, Other Things, a solo release that saw Thomas acoustically reinterpreting various songs from throughout his career. He continued to tour, both solo and with various formations of his band, into the 2010s, releasing the live duo album, Head Full of Road Kill, with percussionist Michael Barclay in 2010 and the solo acoustic studio album Last of the Tourists in 2012. Around this time, he reunited with former W.P.A. accordionist Mark Wallace to form a new band, the Roving Commission. They began gigging and recording the occasional live show and studio track, offering up 2015's limited-edition Christmas Day at Spencer Street and the singles "Southeast Asia" and "Aqua Profonda." In 2018, Thomas announced that the band had begun to record their first studio album in Memphis, Tennessee. ~ Timothy Monger, Rovi