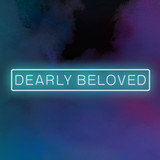 Daughtry, one of the most visible and best selling rock bands of the 21st Century, has sold out concerts across the globe. Their debut album, the self-titled Daughtry, was the top-selling album of 2007, and was the fastest-selling rock debut album in Soundscan history. It was also nominated for 4 Grammy Awards and won 4 American Music Awards and 7 Billboard Music Awards, including Album of the Year. The subsequent albums, Leave This Town (2009), Break The Spell (2011), and Baptized (2013) have all gone Platinum, with Cage To Rattle (2018) certified Gold. In 2020, Daughtry released their first single from their forthcoming album, “World On Fire”, which marked a return to their rock roots and the top of the charts. Their current single, “Heavy is The Crown”, has been met with great enthusiasm, and is currently climbing the charts.