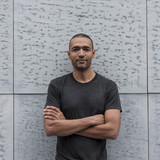 Patrice Bäumel has carved a unique path through the European and global techno world. He's the Beatport chart topping producer and international top flight DJ, who can comfortably fit in with the stellar cast of Global Underground compilers/mixers. He's a hero in his adopted hometown of Amsterdam for the residency at the musch beloved Trouw club where he made his name. His releases on lynchpin labels like Afterlife, Kompakt, Get Physical and Watergate consistently soundtrack wild scenes from Ipanema to Ibiza. But he is no generic DJ/producer, not by a long shot.