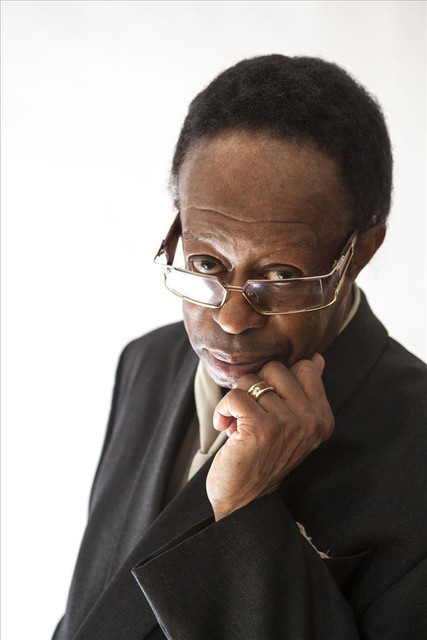 Drummer Louis Hayes is a superior hard bop stylist best known for supporting soloists rather than taking the spotlight himself. Over a seven-plus-decade career, he has been ranked alongside the illustrious Art Blakey as a superior, swinging hard bop stylist who pushes a beat under a given soloist, creating active, fluid integration between frontline players and the rhythm section. Beginning his career with Yusef Lateef's fine group in 1955, he made his bones with Horace Silver, with whom he worked from 1956-1960. He cut his self-titled leader debut for Vee-Jay with the Lateef group as his sidemen. He recorded as a co-leader dozens of times after that, but it is his session and live work for which he is best known; his accumulated discography numbers well over 500 entries. Hayes was born into a musical family in Detroit in 1937. His father played drums and his mom piano. He received his first drum kit at ten and was deeply influenced by big bands, and by drummer Philly Joe Jones in particular. Hayes was leading his own groups before he was 16. He began his association with Yusef Lateef in 1955/1956 before his three most notable associations: He played in Horace Silver's Quintet from 1956 to 1959, the Cannonball Adderley Quintet between 1959 and 1965, and the Oscar Peterson Trio from 1965 to 1967. Hayes often teamed up with bassist Sam Jones, both with Adderley and Peterson and in freelance settings. In addition to his group memberships and leader dates, the spent the '60s as an in-demand sideman with artists ranging from trombonists Curtis Fuller and J.J. Johnson and saxophonists John Coltrane, Jackie McLean, Phil Woods, and Harold Land, among many others. Hayes led a variety of groups during the '70s, including quintets co-led by Junior Cook and Woody Shaw, and appeared with a diverse range of musicians from Cecil Taylor and McCoy Tyner to Freddie Hubbard, Richard Davis, and Dexter Gordon. His best-known recordings from the '70s include 1974's Breath of Life, 1977's Real Thing, and 1979's Ichi-Ban. Other well-received albums followed, including 1983's Colour, 1989's Una Max, 1994's Blue Lou, and 1996's Louis at Large. Hayes continued to stay busy in the 2000s, releasing albums like 2002's Dreamin' of Cannonball and 2009's Time Keeper. On his 2017 Blue Note album, Serenade for Horace, Hayes paid tribute to his friend and former boss. High Note released a series of live tour volumes with Shaw, and in 2019, Jazzline issued the archival document Louis Hayes & Junior Cook Quintet's At Onkel Pö's Carnegie Hall, Hamburg 1976. ~ Scott Yanow, Rovi