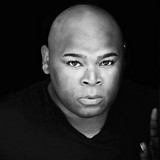 For Kansas native and singer/songwriter Jeremy Gregory, music has always played a major role. Jeremy's connection to the arts started young, a love for song & dance being passed down from his mother and grandmother, who were both vocalists. Exposure to various musical influences continued throughout Jeremy's childhood, affording him a deep appreciation for many different genres & styles.   Jeremy's first recorded work was a Gospel album entitled Back 2 The Wall - a joint project with the Tabernacle Baptist Church Youth Choir, Jeremy will never forget where it all started. He can still pinpoint exactly when he found his passion for performing (crediting his younger years under the direction of Tabernacle's Steven Jones) and looks back on those times fondly.   Jeremy continued to expand his performance portfolio by singing at countless events, contests, auditions, churches & other venues. Notable memories are making it through Hollywood Week on Fox's American Idol, and reaching Blind Auditions on NBC's The Voice. After a few years of Los Angeles inspiration, Jeremy shifted his focus to developing a new sound, collaborating with many upcoming artists & top producers along the way.   Currently, Jeremy is working on his sophomore more album schedule to release in late 2020, writing often as he immerses himself in the industry culture. Jeremy is represented by JG Entertainment/Mainstage District/MILESTONE TALENT AGENCY; LA/AZ/IN