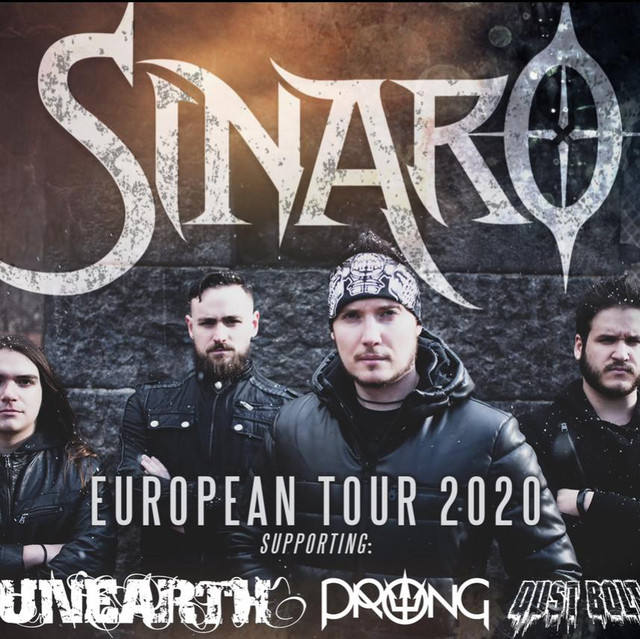 New York based powerhouse; SINARO is a Metal band launched by guitarist GUS SINARO (Vocals/Lead guitar). Gus and his band are creating palpable buzz within the heavy music landscape! Building upon the whiplash-inducing drive of Metalcore and Thrash, SINARO infuses that sound with an even more melodic and anthemic sheen as showcased on their debut release, “No Salvation” a Hard Rock album with heavy guitar riffs, tons of melodies and relatable lyrics. The Band is quickly gaining the reputation as a must see live act and has most recently Collaborated with OLI HERBERT (ALL THAT REMAINS) and UK shredder ANDY JAMES for some of SINARO’s upcoming singles. The Band has shared the stage with acts like ALL THAT REMAINS, Flotsam & Jetsam, Saving Abel, Angel Vivaldi, Revocation, Rhapsody, Primal Fear, Gus G.( Ozzy Osbourne/Firewind) and others. SINARO is proudly endorsed by ESP Guitars, EMG Pickups, Ernie Ball, Hughes & Kettner and KHDK pedals.