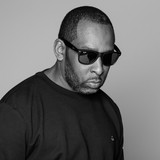 Jaja Soze real name Elijah Kerr was born in Birmingham in the early eighties and moved to Brixton, South London in the early nineties, where he pursued his love of music. Since then Jaja has been one of the most controversial Hiphop artist to appear from the UK underground music scene, as one of the founders of the PDC Rap Group originally known to the media as a notorious gang, in which Jaja later turned into a legitimate and inspirational music recording label, where he started mentoring many of the popular music artists we currently listen to. Jaja has built an incredible and entertaining music reputation, with his unique sound and articulate word play, appearing on many of the major mainstream platforms such as London Tonight, Sky News, MTV, Channel U and the BBC – plus numerous radio stations including BBC 1 Radio and BBC London, he also has a number of popular Mix tapes, E,Ps and Albums under his belt of which have done very well in the hip hop underground scene.