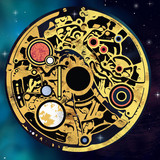 OneMoreWord is a german metalcore band from Hamburg, Germany. Estimated in 2016 the band currently consists out of vocalist Jugy, guitarists Dave and Henne, bassist und background vocalist Wolle and drummer Alex. After having released the music video for the first single "Effectus Pavonis" in summer 2017 the correspondent debut EP was released in august 2017, worldwide published through SwellCreek Records (Soulfood Music). The instant feedback of the european press was extremely positive. By providing and being known for professional and energetic live performances OneMoreWord quickly played support gigs for bands like "Copia" and "Betraying The Martyrs". By summer 2018 the next release WHEEL OF SUFFERING

and a corresponding tour was announced for fall 2019.