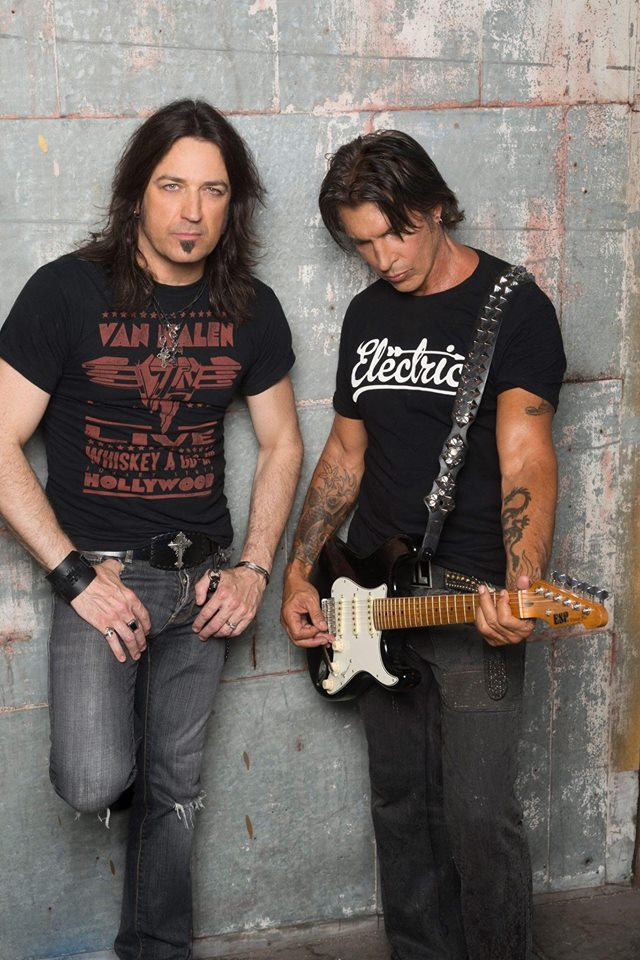 Based out of Boston, Massachusetts, seasoned hard rock unit Sweet & Lynch is built around the sizeable talents of hard rock/metal legends vocalist Michael Sweet (Stryper) and virtuosic guitar player George Lynch (Dokken, Lynch Mob). Hastened into existence by Frontiers Music president Serafino Perugino, who asked Sweet to lend his distinctive vocals to some sessions he was working on with Lynch, the studio project eventually morphed into a full-on entity with Sweet producing and co-writing songs with Lynch. Rounded out by another pair of classic hard rock veterans, bassist James LoMenzo (ex-Megadeth, White Lion, Black Label Society) and drummer Brian Tichy (ex-Whitesnake), the band issued their debut long-player, Only to Rise, in January 2015. While it only placed in the bottom half of the Top 200, it did hit number four on the Christian Albums, and placed inside the Top 20 on the U.S. Top Hard Rock Albums, U.S. Independent Albums, and U.S. Top Rock Albums. After several bouts of national touring, the band re-entered the studio. In July of 2017, the single "Promised Land" was released via the internet to critical acclaim, along with the first of four documentary videos about the recording of their sophomore full-length. Entitled Unified, the album was released in November. ~ James Christopher Monger, Rovi