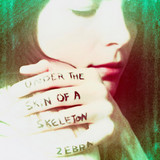 Anna Rosenkilde is a Danish composer, songwriter, film composer, singer and instrumentalist. She has released two critically acclaimed solo albums, scored several films, composed music for paintings and dance performance, and played more than hundred concerts with her original music in Denmark, Northern Europe, USA and Africa. Her style of music is often atmospheric, simple layered, poetic and melodic, and combines acoustic elements with electronics. On "Under the Skin of a Skeleton Zebra" (2010) the five songs feature poetic lyrics and piano themes that meet filmic sound landscapes. "White Woods" (2012) takes you into a universe full of girls who have disappeared, desire, doubt, delight and ideas of the afterlife. A world where the mesmerising melodies and bended ballads linger between dream and reality “White Woods is one of this year’s biggest surprises” 6/6 (LYDTAPET) “Oozes with style and personality” – Torben Bille recommends. “An enchanting album debut (...) The enigmatic, evocative universe is Rosenkilde’s very own. The album is self- made from songwriting to production. The production is kept completely unpolished and the songs are very strong” (GAFFA) “Simply a joyfully successful EP from a very exciting artist, that we must and will hear more from. As soon as possible. WOW.” (Geiger) “So beautiful and well performed that it frightens me (…) absolutely addictive” (Bandbase)