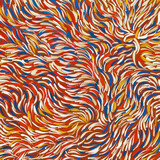 Gathering in the blooming music scene in Basel, Switzerland, sometime in early 2017, the four musicians - originally from Italy, France, Switzerland and Venezuela - start performing under the name IU. While touring in Switzerland, Italy, Latvia and Japan and releasing an EP (with remixes from Manuel Gagneux from Zeal&Ardor and Arthur Hnatek aka SWIMS), Immigration Unit gets invited to play a string of support shows for Archive (UK), Birdpen (UK) and Evelinn Trouble (CH). “SOFA HEROES EP is a manic mix of an unmedicated rollercoaster. This has got to be one of the better releases I’ve heard this year. Why? Well, it’s original. It’s obscure. It’s not thrown together. It literally has a directional purpose and allows you to travel with it.” IMPERFECT FIFTH (USA) “They come from Switzerland but they define themselves as citizens of Pangea. Here there are Immigration Unit: a pop-rock-folk electronic band that, after a tour in Japan and Latvia, on the 29th of June released their first EP “SOFA HEROES”. RUMORE (IT)