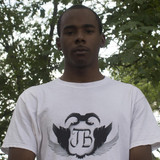 Jabaar J-Bizz Archie-Smith was born and raised in Framingham Ma. He is also known as Jaguar, & “Mr. B.I. Double”. J-Bizz has been rapping and creating music & poetry since the early age of 10. He has been recording since the age of 14. In addition to music, he also is the owner of the company, brand & independent record label "Bizzness Class". J-Bizz represents the underdogs, true speakers , truth teachers & the revolutionary thinkers WORLDWIDE. Beyond music, he happens to be an active graphic designer, web geek & an entire D.I.Y artist. Born in December of the 93', he was inspired by the likes of Nas, Jadakiss, B.I.G & more. J-Bizz strives to capture the essence and rawness of golden era & early 90’s hip hop, blended with a new school, urban & commercial sound. He calls it 'Hip-Hope' . Which later lead to the creation of the infamous 'Countdown Rap' A.K.A ABC-321 flow that he later popularized.