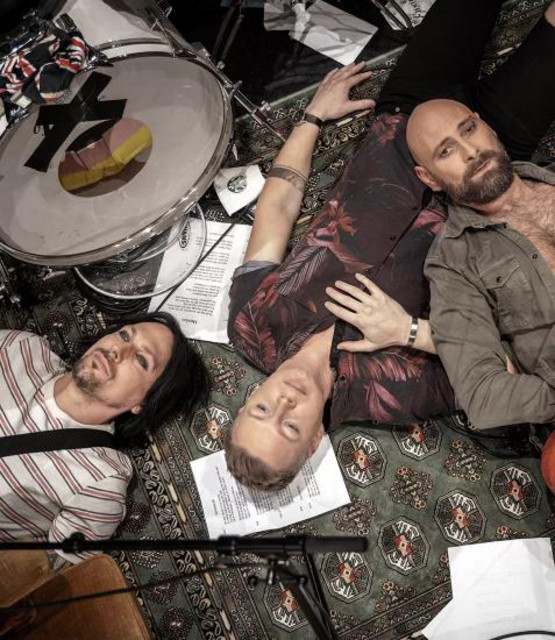 Barbados are a Swedish pop dansband that peaked in popularity during 2000-2002 with a succession of strong Melodifestivalen showings. Best known for its association with chart-topping superstar Magnus Carlsson, the band's popularity plummeted after his departure in 2002. Founded in 1992 in Gothenburg, Sweden, Barbados are comprised of Mathias Lager (guitar, vocals), Peter Samuelsson (bass, vocals), Magnus Wictorinsson (drums), and Håkan Swärd (keyboards). With Carlsson as its original lead singer, the band made its eponymous album debut in 1995 with Barbados. Not until five years later -- after the release of the follow-up albums The Lion Sleeps Tonight (1997), Nu Kommer Flickorna (1998), Belinda (1999), and Rosalita (1999) -- did the band break through to mainstream success when its song "Se Mig" won second place in the 2000 Melodifestivalen. Barbados subsequently won second place in the 2001 Melodifestivalen with their song "Allt Som Jag Ser" and fourth place in the 2001 Melodifestivalen with "Världen Utanför," and they hit the Top Five of the Swedish charts with their next two albums, Kom Hem (2000) and Världen Utanför (2002). At the end of 2002 Carlsson left Barbados and joined the Euro-dance group Alcazar. Mathias Holmgren took the place of Carlsson as the band's lead singer, and the resulting full-length album, Hela Himlen (2003), was a disappointment that was outsold by the greatest-hits collection Best of Barbados 1994-2004 (2005) released in its wake. Barbados regrouped with Chris Lindh taking the place of Holmgren as lead singer, but this did little to improve their fortunes as the resulting album, Stolt (2005), sold poorly. In 2007 Björn Lagerström became the next lead singer to join the band, which scored its first chart hit, albeit a minor one, in several years with "Vinterstorm" in 2008. ~ Jason Birchmeier, Rovi