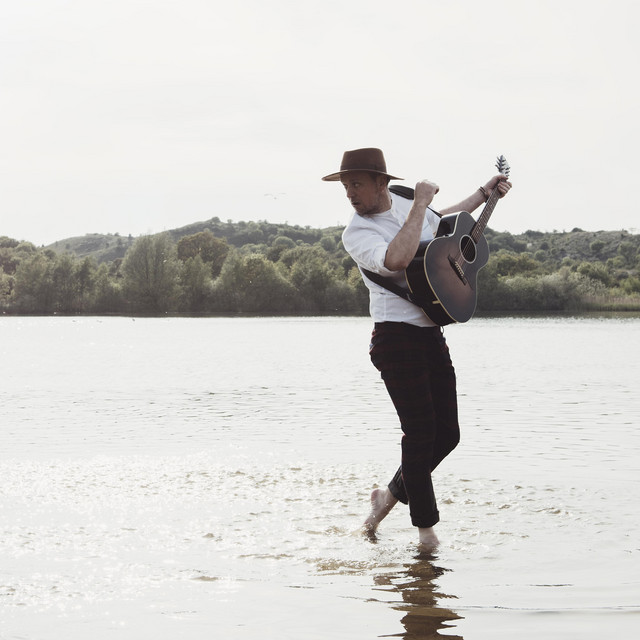 I sing sad songs. And sometimes I ask you to sing along. Dutch singer/songwriter a balladeer is the alter ego of Marinus de Goederen. Since 2002 he opened up for international acts like Keane, Live, Saybia, Gabriel Rios and Maria Mena. Debut album Panama entered the Dutch album charts at 30. First single Swim with Sam became a hit. In early 2007, a balladeer (as a band) won a Zilveren Harp (Silver Harp), a supporting prize for promising musical artists. The second album, Where Are You, Bambi Woods?, was released in 2008 and got nominated for a Dutch Grammy. The album is partly about the year Marinus lived near Dallas, Texas. Its title track is about the disappearance of porn star Bambi Woods (Debbie Does Dallas). Poster Child is an ode to the murdered student Matthew Shepard. Sorry, Kid. (2010) and I Can't Keep Track Of Each Fallen Robin (2012) followed. The single Mob Wife (2017) features Sam Bettens of K's Choice. The original version is taken from A Wolf At The Door, which was released the year before. The anti Christmas album December (2017) was crowdfunded; all money was raised within just three days. In the summer of 2019 a balladeer released two old live tracks with Metropole Orkest. At the end of that year Hail Mary saw the light of day, a track that was supposed to be on the album A Wolf At The Door. It's followed up by Kate Bush cover Under The Ivy. Both tracks appear on the b-sides and rarities record Clutter, Volume 1.