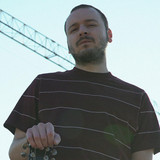 Alberto Dori is an Italian singer-songwriter. In his early years he was frontman and songwriter for a band mostly inspired by the iconic guitar riffs of British legends such as The Stone Roses and The Smiths and by the 90's unique attitude of Oasis. After that, in 2015, he started a solo career and begun a collaboration with laCantina Records with whom he started to work with renewed attitude and changed sounds, giving to his new music much more color than in the past. His music is now a mix between elements of The Last Shadow Puppets baroque-pop, Roy Orbison's rock'n'roll crooning and a little bit of T. Rex glittery touch.

His first record Painted With A Broad Brush, out in June 2018, is a perfect example of all this characteristics. Since November 2019 he started to work at his second solo album, out by the end of 2020.