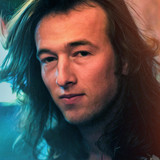 Baggio (born November 7, 1997 / The Netherlands) is a singer, songwriter and record producer. Baggio was born an artist. He had his first gig at the age of 7, performing Viva Las Vegas on a local festival. He started going professional when he was only 13. Making radio and television-jingles at the age of 15, and when he reached 18, Baggio was asked to perform on the Voice, which brought him great exposure and millions of views on the internet and TV. He then released his first single ‘ You Want Me (2017) ’ which was later re-recorded/released in 2018. Followed by a collaboration with Mitch Malloy (Van Halen, Taylor Swift), ‘ It’s Gettin’ Hot In Here ’. See the full discography HERE. At the moment Baggio’s working on a new album, 80’s themed. He’s also doing a lot of studio session’s in Nashville for Sean Rogers (Hey World Productions). Producing, tracking guitars and keys for himself but also other artists. PLANS 2020: – PROMO TOUR NASHVILLE (FEB) – NEW SINGLE RELEASE (MAY) – ALBUM RELEASE