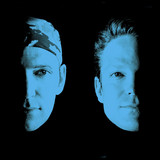 The brothers DJ Taylor and Flow, better known as the Global Deejays, are a stylistically influential, and integral part of the 21st century international dance scene. They've received numerous awards, including the MTV award for their legendary track "The Sound of San Francisco" as well as the NRJ DJ Award, and four Austrian Dance Awards. Thanks to an impressive array of hits that have climbed their way to the #1 spot on dance charts in the USA ("Get Up" with Technotronic), UK ("My Friend" with Ida Corr) and Russia ("Zelenoglazoe Taxi" Remix), they've become one of the most sought-after acts in dance music worldwide. With "Hardcore Vibes" the duo conquered the Top-10-Hits in France, before collaborating with US vocalist Chris Willis (known from David Guetta's "Love is Gone") on the hit single "Party 2 Daylight". They stormed the international charts again with their remake of MGMT's "Kids". The energy-driven club banger "Work" was propelled by fresh Moombathon beats, and featured an iconic acapella by Puppah Nas-T and Denise. It paved the way for an exciting new collaboration with vocalist Amanda Wilson, aptly titled "Building a Fire". The newest addition to their impressive hit-collection has been championed by radio stations worldwide and is set to become one of this year's summer anthems.