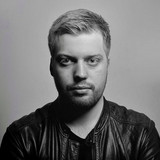 Alex Skrindo is a 24 year old Danish-Norwegian EDM artist/Producer/ DJ that with his melodic and uplifting sound has caught the attention of millions of listeners all over the world.   Alex started his musical journey at the age of 13 by randomly posting his finished tracks on YouTube that eventually was discovered and shared by music promo channels and within a short period of time, Alex was contacted by NCS (NoCopyrightSounds) who in May 2015 released his successful debut track "Moments".   From there on he has made numerous releases with labels such as NCS, Trap Nation, Insomniac Records and Sony Music Entertainment Sweden.   Alex has gained support from many big artists including The Chainsmokers, Don Diablo and Alan Walker to name a few and in 2017, Alex co-produced the very successful track "Sky" together with Alan Walker which was released by Insomniac Records. ”Sky is a Collaboration track by me and Alex Skrindo, who is a talented producer from Denmark" Walker wrote in an email to Redbull. "I´m really looking forward to performing the track as a part of my set at EDC, which I believe will be one of my absolute highlights this summer".   Booking/contact: daniel@tunerentertainment.com