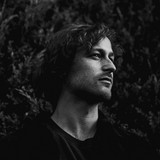 Under the cover of sand and waves, the fabled Australian beach life defined Harrison Storm’s formative years. An upbringing by the sea, in his quaint beachside hometown of Mornington, translated into a love of adventure that he still carries with him today. Diligently chasing his musical dream with a sense of urgency, he dropped out of university to solely devote his days to busking for tourists in Melbourne, eventually making enough to finance his 2015 debut EP Sense of Home, produced by friend Hayden Calnin. Its title track would place prominently on key streaming playlists, catching the attention of Nettwerk Records co-founder Terry McBride, who personally signed Storm after sending him a message on Facebook. A prolific indie-folk singer-songwriter, Storm's catalogue has already amassed 160+ million combined streams on Spotify. He has also made a name for himself on the road as an honest and charismatic performer with crowd pleasing confidence, playing alongside artists such as Snow Patrol, The Paper Kites, Ziggy Alberts, Gregory Alan Isakov, SYML and Hollow Coves. In addition to receiving radio support from worldwide tastemakers KCRW, Triple J and BBC Radio 2, Storm’s music has also been licensed to a wide variety of networks, including NBC (“The Blacklist,” “This Is Us”), MTV (“Teen Mom”), ABC (“American Idol”), CBS and more. For Fans Of: The Paper Kites, RY X, Novo Amor, Ziggy Alberts, SYML, Roo Panes, Hollow Coves, Dermot Kennedy, Charlie Cunningham.