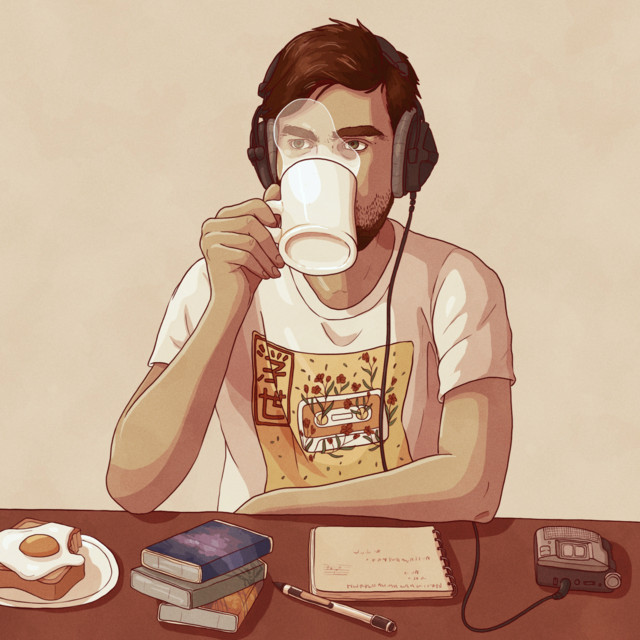 “some leave the reality of people and things behind, and live among the phantoms and dreams…" Kalaido is the lofi outlet of Portland-based composer/producer Phoenix Glendinning. He creates his melodic, instrumental hip hop sound by blending an array of live instruments, field recordings, and VSTs, drawing on his background in soundtrack music to create original compositions around his beats. He made his debut release Moonlit Tales with College Music in December 2018, and has followed that with a series of singles and remixes throughout 2019 and 2020, contributing to labels such as United Common Records, Hip Dozer, Night Time Stories, and The Jazzhop Cafe. His second full-length release, Ghosts of the Floating World, released in April 2021 with Lofi Girl. In addition to Kalaido, Phoenix releases orchestral soundtrack music under his name Phoenix Glendinning, and has contributed original OSTs to video games Leaving Lyndow (2017) and Eastshade (2019).