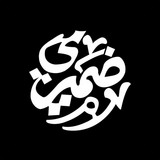 Dhamiri (ضميري — ‘my conscience’), is a dynamic lyricist born in London, UK who intuitively blends his strong Arabic values with his keen attraction to grime and the streets. His high dose of creative energy has earned him more than 46K views on his debut single ‘With It’ and upwards of 100K streams on his follow-up track 'Run Up' which earned itself a place on the Spotify 'Northern Bars' playlist. Dhamiri has been featured on Complex UK and he was fortunate enough to play at the legendary venue El Mocambo; whose stage has seen the likes of Jimi Hendrix, Mick Jagger, U2 and Bob Marley. Everything about Dhamiri is different than what you would expect. Dhamiri was raised in Kuwait, lurking in the underground where he was no stranger to violence and terror. His divergent background has allowed him to develop a distinct creative perspective that cannot be ignored. Dhamiri consistently delivers a wave of sound that is as original as it is exciting. His lyrical stamina allows him to create intelligent and complex rhymes that will surprise the most tested hip-hop aficionado. His latest work embodies a nocturnal vibe that digs deep and leaves you wanting more. Dhamiri is currently laying low in the cold, dark, city streets of Toronto where he's just getting started.