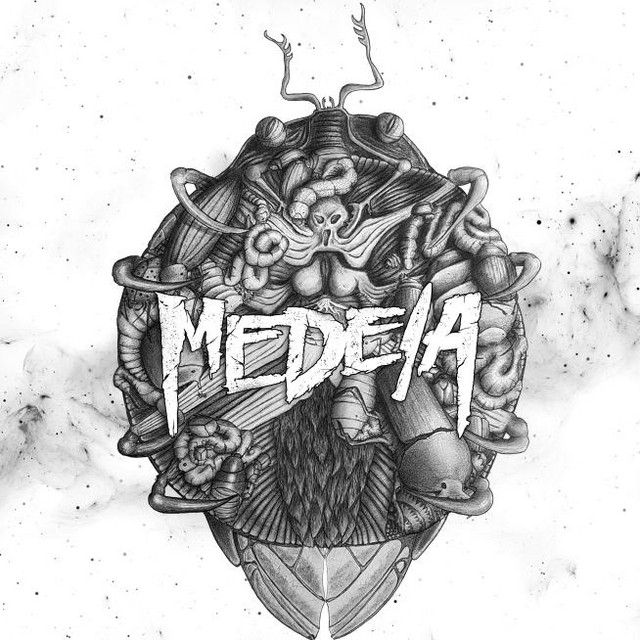 The inventors of alternative death metal, Medeia has stuck to one clear objective since its founding in 2002: creating a fresh, brutal sound rich in content and uncompromising in nature. Following the success of QHWD and their label debut Cult (which took Medeia around Europe with The Ocean), they released the final instalment of their album trilogy in 2011. Abandon All would solidify the their status as one of the top metal outfits in the country. Medeia always delivers their jaw-dropping energy to audiences across Finland and beyond, having shared stages alongside acts like The Black Dahlia Murder, Ozzy Osbourne, As I Lay Dying, The Dillinger Escape Plan, Between The Buried And Me, Entombed, Animals As Leaders, Decapitated, Raised Fist, Insomnium and Ensiferum just to name a few. They released their 4th album Iconoclastic during a massive European tour with Children Of Bodom in late 2013. 2014 saw a line-up change, as internet sensation Frans Aalto (~40k YouTube subscribers) took over vocal duties from Keijo Niinimaa. Bolstered by his addition, the re-energized group hit the stages again and released Manning the Helm the hardest hitting EP of 2015. Shortly thereafter the band entered the studio with a grand plan: a prologue to Medeia's album trilogy (QHWD, Cvlt, Abandon All). The album turned out so ambitious that it kept the band in the studio for over two years. The critically acclaimed 5th album Xenosis was released in early 2019.