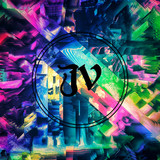 Created by 16 year old Ben Maillaro from his laptop in Denver CO, Jewel's Vern is a project which explores everything from slow blues to progressive metal, while tying it all together into one big sonic psychedelic experience. Influenced heavily by the classic works of Pink Floyd, Led Zeppelin, and Rush, as well as modern artists such as TOOL and Psychedelic Porn Crumpets, Jewel's Vern is a culmination of sounds that holds something for music fans across the board.   Ben's debut album, "One," was followed by “The Jungle,” only one month later. Keep an eye out for new music, as it will keep coming at a rapid pace.