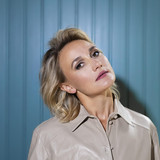 Amsterdam based songstress Pieternel makes Americana music, mixing classic country music with modern pop and folk elements. With her soothing yet powerful voice she shares stories from underneath her skin and paints intimate portraits of others. At a young age Pieternel took to the stage, music was her breakfast, lunch and dinner. Sitting in front of the record player she sang along with a wide variety of artists from The Beatles to Edith Piaf. At the age of 16 she won the public award of Concours de la Chanson. She explored multiple music genres but when she picked up the guitar and started writing her own songs she found herself leaning more and more towards Americana music, finding her voice in the straightforward storytelling of country music. Powerful and vulnerable, like her idols Bonnie Raitt, Dolly Parton and Eva Cassidy.

She came to the scene with the EP All Night Cafe in 2018, followed by her debut full length album Roosevelt Island – a record she created and released independently on her own label and presented in a sold-out Bitterzoet.