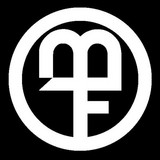 Modern Future blends EDM, pop, and trap into their own unique sound. Coming from both rock, jazz and hip hop backgrounds, Jake and Zach, who met in a jazz combo at Hampshire College in 2007, use their training, studies and experiences to drive their hair-raising, head-turning and electrifying tracks. Their music has been equated to "the propulsive energy of a charging rhino" (Fuze TV) and "bottles popping and booties rocking from start to finish" (OKPlayer). When watching Modern Future's performances you'll see the use of live instrumentation, with Jake on drums and Zach on guitar & keys, setting them apart from typical set it and forget it DJ sets with nuanced, improvisational elements. Modern Future has also had exhilarating, critically acclaimed collabs as producers and remixers. Their past credits include artists such as Big Freedia, En Vogue, Zigaboo Modeliste, The Wombats, OMD, and many others. Their upcoming tracks marry their signature electronic sound with hip-hop, rock and funk, which they credit as long-time influences for expanding their creative horizons. Stay tuned for new releases and more by following them on streaming platforms and social media.