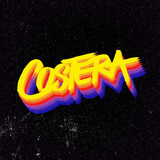 Costera is a collaborative project created by Mauricio Garcia (vocalist/lead guitar). Together with Andrés Kenguan (keyboard/guitar), Alberto Ramos (drums) and the participation of several different talented young performers, the band burst into the latin alternative rock scene in 2016, gaining immediate recognition as one of the most promising bands coming out from Mexico City. Drawing from influences ranging from The Beatles and Fleetwood Mac to Soda Stereo, their highly-anticipated debut album "Aliados" (2017), provides a carefully crafted sonic landscape of dramatic intensity that ventures into electronic rhythms without fully abandoning its alternative and classic rock identity, accompanying visceral yet deeply thought out and unusually hopeful lyrics with perennial melodic themes such as those found in "La Solución" and "Paseo Sideral" -feat Zoé’s León Larregui-, to the heavier, more explosive guitar-driven riffs in "Viajemos Al Sol", "Vuelta Atrás" and "Fuerza Animal". In 2020 Costera takes the stage once again with their latest singles, "Damos Vueltas", "Cristalino" and "Baila"; new tracks that manage to point a way forward while remaining true to the band’s dynamic, yet unmistakable style.

Since their debut, the band continues on a very promising musical journey that has surely just begun, already stepping into the limelight at many of the country’s most important stages and festivals as part of their nation-wide tour.