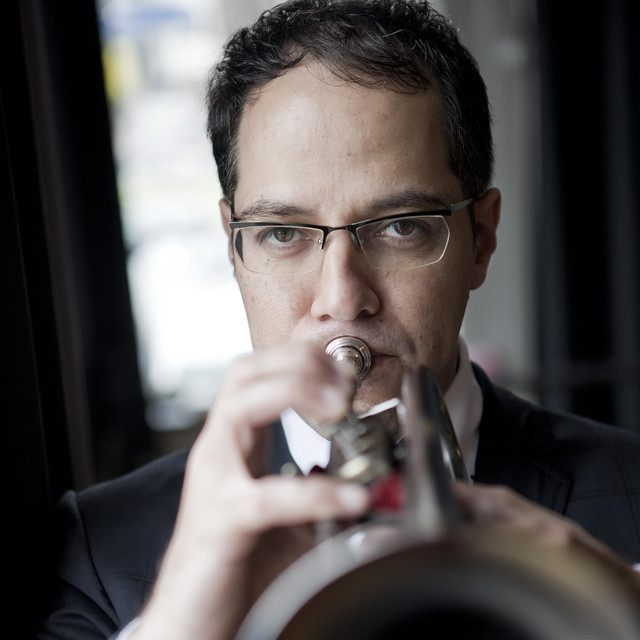 Born and raised in Venezuela, Michael’s older brothers (pianist Edward and drummer/percussionist Marlon) are major musicians while his father Hadsy Simon was a guitarist and singer. Michael began trumpet lessons when he was 12, grew up hearing not only salsa, merengue and cumbia but jazz, and studied music in Havana, Cuba as a teenager for two years. In 1993 he moved to the Netherlands to attend the Rotterdam Conservatory. He has been based there ever since while having many opportunities to explore the world, both physically and musically. As a member of the influential Fra Fra Sound for 20 years, Michael Simon explored straight ahead jazz along with music from West and South Africa, Latin America and the Caribbean. He has also performed with many of the top European and Latin music musicians in various ensembles, worked with his brothers, headed Roots United for a decade, and led his own record dates. In addition, Michael Simon has collaborated with top jazz artists from Malaysia, China, Taiwan and Indonesia, and performed at mayor festival of the Asian region like the Borneo Jazz Festival, The Taipei Jazz Festival and The Taichung Jazz Festival. In 2015 he recorded Destiny’s Will at the club, exploring Asian folk songs but in a jazz context, leading to the recent Asian Connection. For bookings and information please visit: www.michaelsimon.nl