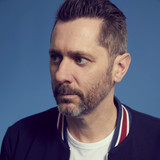 Sola Rosa has been the 20-plus year labour of love for Andrew Spraggon, who has produced a wealth of recordings since launching as an experimental recording project in 1999. Creating an evolving infusion of funk, beats, electronic, jazz and soul, Sola Rosa’s history is littered with headlining shows, Number 1 releases, awards and critical acclaim in his home country of New Zealand. Spraggon now begins his next musical chapter with the release of new long player, Chasing the Sun.