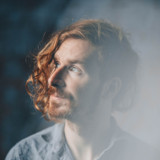 Christoph Klinger (*1983) grew up in Rosenheim, a small town in the south of Germany. His best friend was a 120 year old Steingraeber piano on which he improvised for hours and hours every day. After studying philosophy he moved to Hamburg to turn his passion into a career. Since then he´s been working as pianist, composer and producer on many different projects. A few years ago the Steingraeber piano also found its way to Hamburg. It was carefully restored and put into service again. Ever since, Klinger's focus has shifted to piano music again. On his Instagram channel he publishes microcompositions with a maximum length of 60 seconds. Under the title 'Natura' he adds his tunes to nature shots and in his 'Machina' series it´s all about artificial things. Now, with 'Persona' he has started a new series that revolves around human beings. Klinger's debut EP 'Creatures' was released in the spring of 2020 on his own label. The first album is scheduled for autumn 2021.