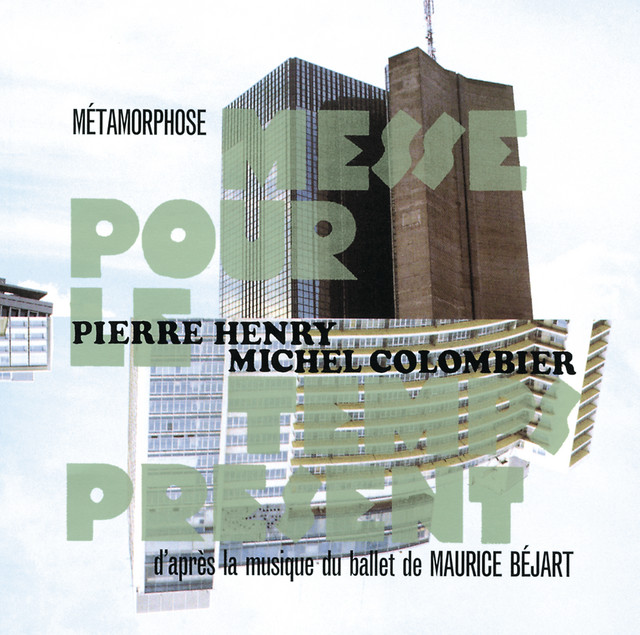 The celebrated French composer Pierre Henry was among the pivotal forces behind the development of musique concrète, becoming the first formally educated musician to devote his energies to the electronic medium. Born in Paris on December 9, 1927, he began training at the Paris Conservatoire at the age of ten, studying piano under Nadia Boulanger and percussion under Felix Passerone while also attending the classes of Olivier Messiaen. Still, Henry had little regard for traditional musical instruments, preferring instead to privately experiment with non-musical sound sources; over time, he grew fascinated with the notion of incorporating noise into the compositional process, and perhaps unsurprisingly first attracted notice in performing circles for his prowess as a percussionist. In 1949, Henry joined the staff of the RTF electronic studio, founded by Pierre Schaeffer five years earlier; he soon immersed himself completely in electronic music, heading the Groupe de Research de Musique Concrète throughout the greater part of the 1950s. Henry soon began compiling a "sound herbal," a catalog of any sound potentially useful from a musical standpoint -- everything from animal cries to editing techniques to speed variations, all of which he deemed superior to conventional instrumentation. It inspired 1950's Symphonie pour un homme seul, a 12-movement work co-written by Henry and Schaeffer employing the sounds of the human body; solo pieces including 1951's Le microphone bien tempere (the first attempt at notated musique concrète), Musique sans titre and Concerto des ambiguites (which combined live piano with its own recorded distorted sounds) all broke new ground as well. In 1952, Henry produced the first musique concrète ever commissioned for commercial films when he scored Jean Grémillon's Astrologie; a year later, at the Donaueschingen Festival, he premiered Orpheé 53, the first musique concrète piece composed for the stage. Henry also frequently collaborated with choreographer Maurice Béjart, a pairing which yielded 1955's Arcane, 1956's Haut-voltage, 1962's Le Voyage, 1963's La Reine, 1967's Messe pour le temps présent and 1971's Nijinsky, clown de Dieu -- in all, he scored more than 30 films and stage productions during his long career. In 1958, Henry left the RTF, and in 1960 he teamed with Jean Baronnet to found the Apsone-Cabasse Studio, the first private electronic music worskshop in France; concurrent was his realization that for musique concrète to evolve, it would need to begin incorporating the electronic aesthetics pioneered in other areas of the world. Towards that end, in 1959 Henry composed both Coexistence and Investigations, trailed a year later by La noire a soixante, which fused musique concrète with pure electronics. Throughout the decade to follow his music adopted increasingly spiritual and meditative qualities; 1968's La Messe de Liverpool, in fact, was commissioned for the consecration of that city's Cathedral of Christ the King. Spoken Biblical text was also prominent in L'apocalypse de Jean, which was debuted in Paris on October 30, 1968 at a 24-hour celebration of Henry's music. A year later, he premiered Ceremony, which included music by the pop band Spooky Tooth. By the 1970s, his primary interest was large-scale works complete with elaborate lighting effects, among them Mise en musique de corticolart and Kylderstück. During the mid-'70s, Henry's project frequently paid homage to his own inspirations -- 1975's Futuriste celebrated the Italian futurist Luigi Russolo and his 1913 work The Art of Noises, while 1979's La Dixieme Symphonie served as a follow-up to Beethoven's nine symphonies. Continuing to work reguarly throughout the years that followed in a vast range of musical contexts -- he even collaborated with the American alternative rock trio Violent Femmes -- in 1997 Henry completed Interieur/Exterieur, a work commissioned by Radio France which he declared the culmination of his life's work. His influence on contemporary music was underlined by the concurrent release of the LP Metamorphosé, which featured remixes of his work by the likes of Coldcut, DJ Vadim, William Orbit, Fatboy Slim and Funki Porcini.