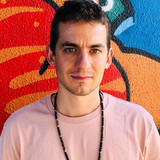 Noted for his versatility and musical range, Philip attributes much of his influences to his Middle Eastern heritage and western upbringing. Known for his unmistakable sound, Philip's DJ sets and productions are rich with groovy hypnotic melodies and driving basslines. Much of Philip's early nightlife experience began in the late 90s in Montreal at various events, many hosted by 514 Productions, Sona and Redlite. Over the years, he began working more frequently in the studio on original productions and remixes, and further developed his audio engineering skills. After finishing his university, Philip moved to Miami in 2005 and after to relocated to Belgium and Holland. In 2012, Philip returned to Miami and earned residencies at Treehouse, Do Not Sit on the Furniture, among others. Chedid performed with some of the world's most celebrated artists from all dance music genres, such as Nick Warren, Jody Wisternoff, Dave Seaman, Eelke Kleijn, Marc Marzenit, Guy Mantzur, Sahar Z, Darin Epsilon, Clarian, Einmusik, Omid 16B, Thomas Schumacher, among others. In the Spring of 2014, Philip released "Remaindermen" on Sound Avenue's "We are the Future" spring compilation. His 2016 collab with Darin Epsilon 'Endless Sands of Time' [Parquet] received stellar reviews by Deep House Amsterdam, among other noted publishers. In 2017 Philip formed the imprint Endless Sands of Time.