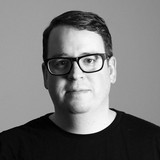 Judson Hurd is a composer based in Wilmington, NC. He is influenced by the music of Nils Frahm, Ólafur Arnalds, Chad Lawson, BandofHorses, and other artists in the Neo-Classical and ambient genre. Judson Hurd began playing piano at age 4 and later studied at the Franz Schubert Conservatory in Paraguay. Judson's music and compositions usually feature piano but he also uses synths, samplers, guitars, to amplify his ideas.   Bad Architect Records was founded in 2017 to release new music from Judson Hurd and other artists such as Baker/Glover and Subterrene. You can hear music on Spotify or going to www.badarchitectrecords.com.   The single Dream was released in August 2017 to remember the passing of Charity Jertberg, Judson's older sister, who passed from breast cancer. It has since reached over 1,000,000 streams on Spotify and continues to be Judson's most popular work.   Judson Hurd is currently composing for TV and Film and is available for different projects at www.judsonhurd.com. His music has been used for many projects such as Android, the Oprah Show, NBC, NPR, and many others.   His new single "Growing Old" is available on Spotify and other digital stores.   Be sure to click 'Follow' to stay updated on all of Judson Hurd's releases.   www.JudsonHurd.com