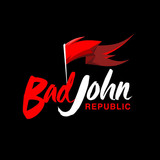 Badjohn Republic’s aim is to become the number one Dj/Artiste produce music with global appeal from Trinidad and Tobago.   With all the interest in Caribbean talent by major production groups, Badjohn Republic believes they are uniquely poised to generate sought after sounds regardless of genre but always with a Caribbean flavour. The group is influenced by the original rhythms of the land and energized by the various elements of world music.   Despite their global outlook, the group is inherently Trini, adopting their name from a historical badjohn figure in Trinidad and Tobago called John Edwards. “He got into a lot of fights but it is because he was always defending something. For us we are badjohns because we are defending an aspect or an idea in that we are brave enough to create something in a game that requires change.”- BJR