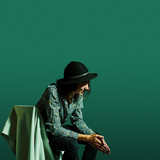 „DAENS“ is a four-piece band centered around lead singer and guitarist Daniel Beltrametti. Starting out as a duo consisting of him and Nico Hunziker (drums) in 2018, they participated in several newcomer competitions in Switzerland with great success and are now looking to grow their audience with a sound that is somewhat hard to describe. Adding two members (Tom Horat, bass & Samuel Brunner, keys & guitar) in early 2020, they strive to combine their inherently pop-esque songwriting with aspects of folk, singer-songwriter, funk and electronica.   With their debut-EP „Misses“, produced with Andri Urfer at 571 recording studios in Zurich, a collection of songs was released that exactly mirror this philosophy of combining different styles of music the band enjoys themselves. Although the near future is hard to plan, the band hopes to gig again soon. With an EP designed to be performed live, they couldn't be more excited to get out there and play again! See you on the road!   DAENS