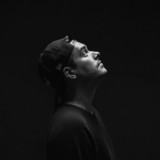 Synonymous of strength, energy and madness, we can listen in Mazdem music the hardest part of electronic music, also commercial aspects and even pop music all influenced by bass and dubstep. The spain-based producer first found success on 2016 with "Panda Funk" record label of Deorro and his first single Alien Technology after this, he has followed his musical career satisfactorily. Mazdem has a big track record which are released on labels like Universal, Panda Funk, Edm.com, Kaiser Records, Quartzo Records and more with great results on Soundcloud and Spotify. His debut with his track Mistakes with Naturale in 2019 reached over the 500+ thousand streams on Spotify. After 4 years of launching Mazdem as a brand, it finally starts to get a foothold. His sound is getting picked up by heavyweight artists in the scene like Juicy MWolfpackFirebeatzBEAUZDJs From Mars and national artist, DJs and radio stations that are showing support towards Mazdem.