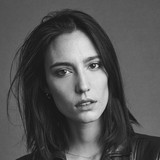 The mesmerizing, atmospheric techno of Belgian producer Amelie Lens was the natural progression from her meteoric rise as one of Europe's most sought-after techno DJs, which started with her minimalist-sounding 2016 debut, the Let It Go EP. Born and raised in Antwerp, Lens grew up on a diet of alternative rock and dance music. Clubbing at the age of 16 exposed her to the likes of Boyz Noise and Ellen Allien before she really caught the bug after attending Belgium's Dour Festival. Immersing herself in the history of electronic music, Lens continued to go clubbing, where she met her partner, who happened to be a DJ and producer. Learning how to mix, she quickly realized that music was her natural path and left her career in fashion to focus on it full-time. From playing small clubs, Lens quickly developed her own style and became a sought-after DJ, playing huge festivals and club nights across Europe. Producing was a natural progression, and Lens delivered her first EP for Pan-Pot's Second State Audio label in 2016. The following year saw her deliver two more EPs for the label, building on her low-key, atmospheric techno sound, which now featured her own hushed vocals. By 2018, Lens' DJ career had exploded and saw her playing dates across the world, yet she still found time to set up her own label, Lenske, which pushed new underground techno from the likes of Farrago and Milo Spykers, and featured her own release, the Basiel EP. A split single with Regal on Involve also followed that year, with each artist remixing the other for the release. In 2019, Lens worked with the Fabric label to release Fabric Presents: Amelie Lens, a DJ mix that highlighted her full-on DJ approach. ~ Rich Wilson, Rovi