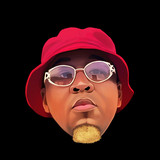 "The future is in mixing, fusion, the future is now." Mohtorious interprets and conceptualizes music in the image of his life, his travels, his encounters and exchanges. Of African origin, having grown up in America, more precisely in Canada, lulled mainly by the Afro-Caribbean and Latin cultures, AfroFusion is more than a style of music for him, it is like for a large part of the new African generation, it is his identity. His afrofusion is the result of his experiences, his passions, his dreams, his sorrows and sufferings that the DJ offered in musical form ready to charm & conquer the world. Mohtorious intends to share without moderation his vision of the AfroFusion universe for our greatest pleasure under many deliveries, as full original songs, instrumentals & alsohflavored witg collaborations of other artists as we could appreciate it lately with the talented Haitian artist Jud Sévère with the title "On est ensemble #OEE" , another true symbol of this Afrofusion, which mixes this time his African and Haitian influences, for a totally surprising, original and unifying AfroKompa title, with a wink to Dancehall. #AfrobeatsmeetsKompa "Whatever our differences of origins, opinions or colors, there will always be music or food to bring us all together in the same place ��." "The future is in mixing, fusion, the future is now." Mohtorious