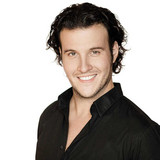 Thomas Tatzl recently made his debut as Papageno in The Magic Flute at the Vienna State Opera and at the Bavarian State Opera of Munich as Harlequin in Ariadne auf Naxos. Under the baton of Laurence Equilbey, he sang Haydn's Die Schöpfung in the United States, France and Spain. In the season 2018/19 he will perform Don Giovanni at the National Center for Performing Arts Beijing. He will make his house debut at the Teatro alla Scala in Milan in 2019. Past concerts were Bach's Matthäus Passion with the Collegium Vocale Gent under Philippe Herreweghe, Das Klagende Lied by Gustav Mahler with the orchestra RAI Torino under James Conlon, Mozart's Mass in C-Moll with the MDR Orchestra Leipzig, Mendelssohn's Paulus under the direction of Cornelius Meister in Antwerp and Ghent, the Mozart Requiem in Milan, Beethoven’s Symphony No. 9 in Bari and the Faure Requiem with the Netherlands Radio Philharmonic Orchestra under James Gaffigan. In the 2015-16 season Thomas was performing Papageno in Mozart’s Magic Flute at Teatro La Fenice and at Theater Basel. He sang Beethoven´s Mass in C major with Le Concert Olympique at deSingel in Antwerp and Bruges, Die Schöpfung under Riccardo Muti in Ravenna, Beethoven’s Symphony No. 9 with Accademia Nazionale di Santa Cecilia under Sir Antonio Pappano in Rome, concerts in Milan with the Orchestra Sinfonica di Milano Giuseppe Verdi of Berlioz’ Lelio. More Information: German/English - follow: http://www.thomas-tatzl.com/biografie/<br>